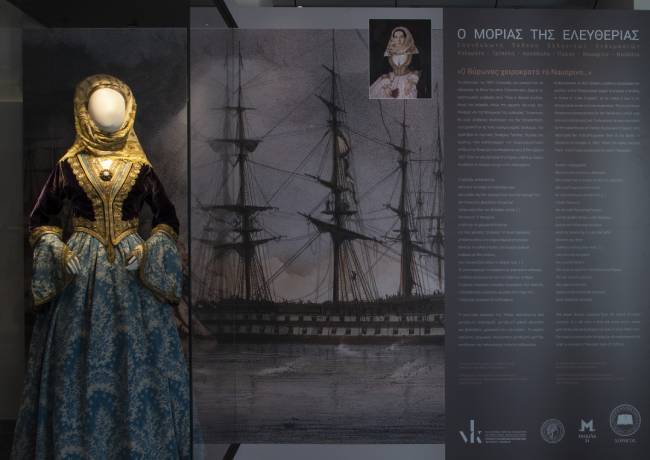 In the summer of 1827, Ibrahim, unable to consolidate his position in the Peloponnese, began preparing for a landing in Hydra, or “Little England” as he called it due to its strong naval power and war experience. Fortunately, he was beaten by the allied naval forces, who destroyed the Ottoman-Egyptian fleet at the Battle of Navarino. The new costume of Hydra, which is exhibited here, is influenced by the costume of the type “Amalia”, retaining the triangular all-embroidered silk scarf, is reminiscent of the older traditional clothing of the island. 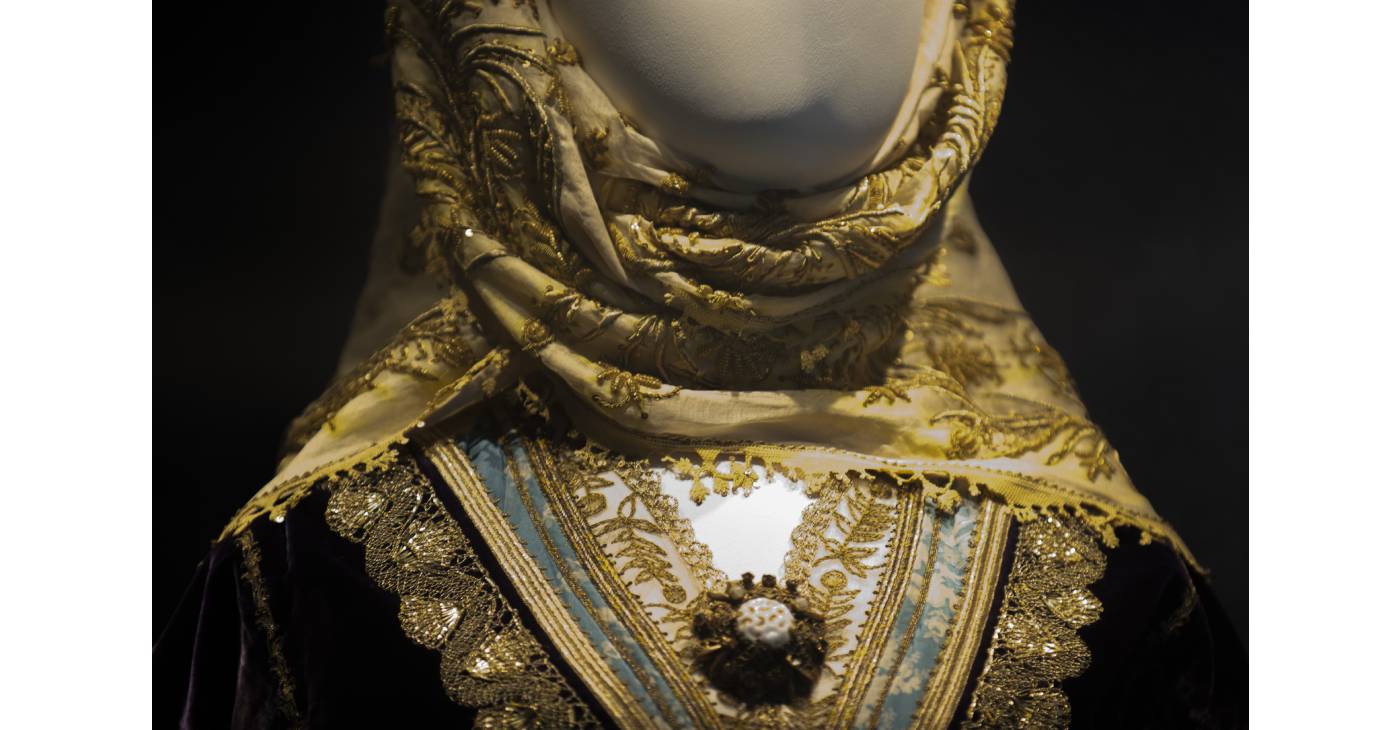 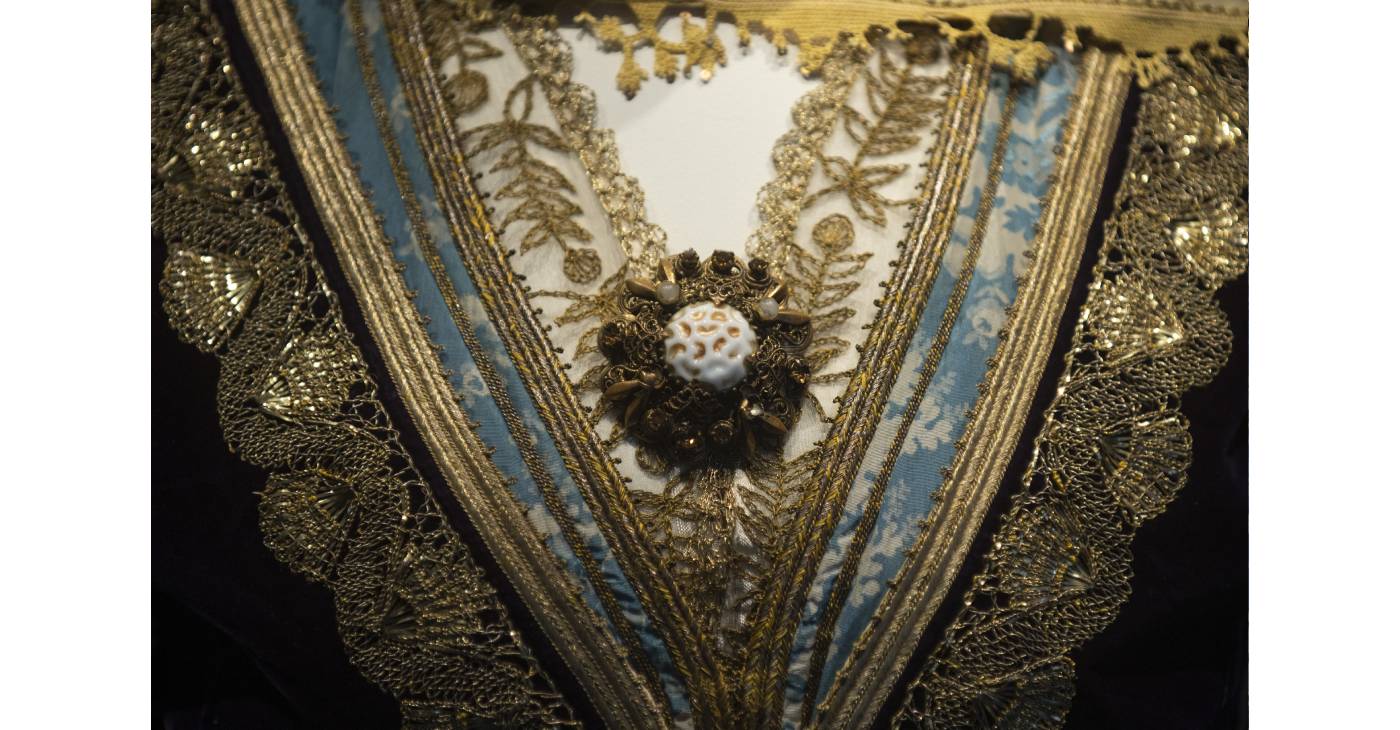 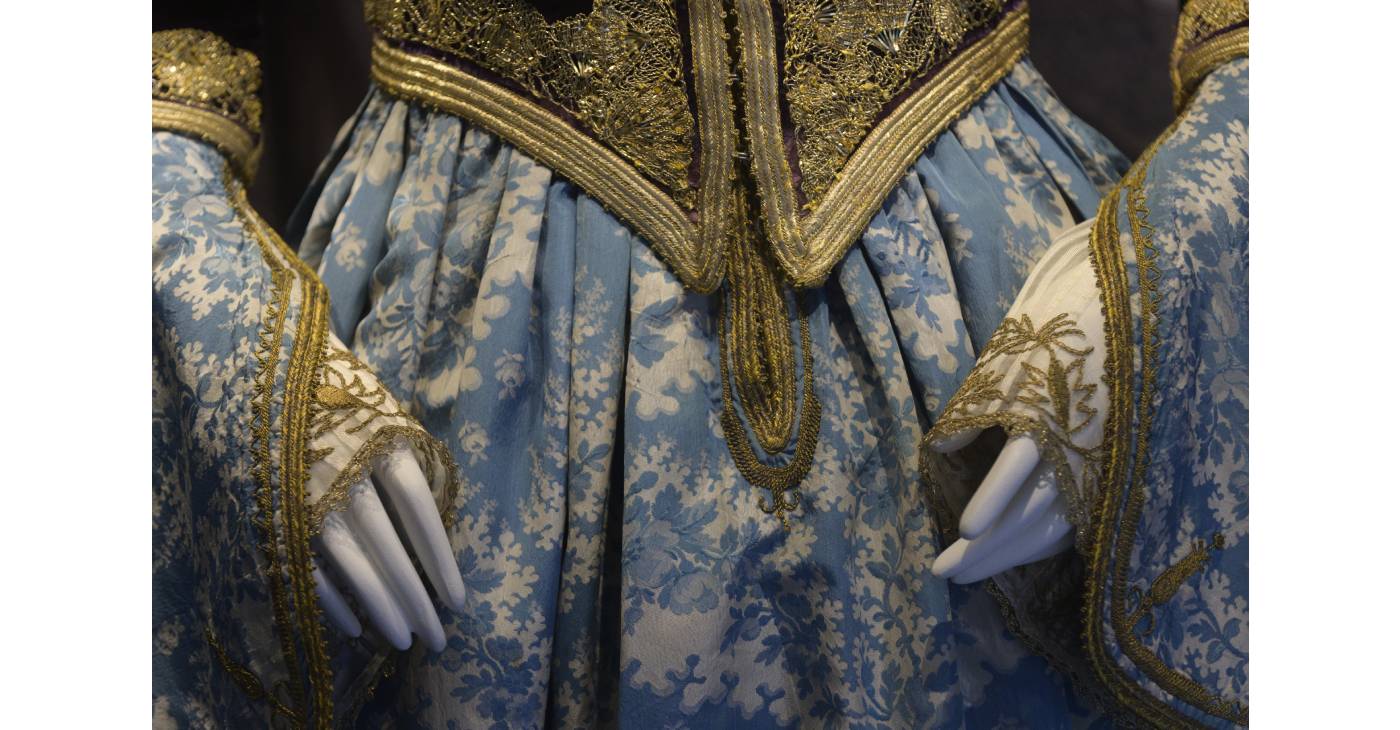 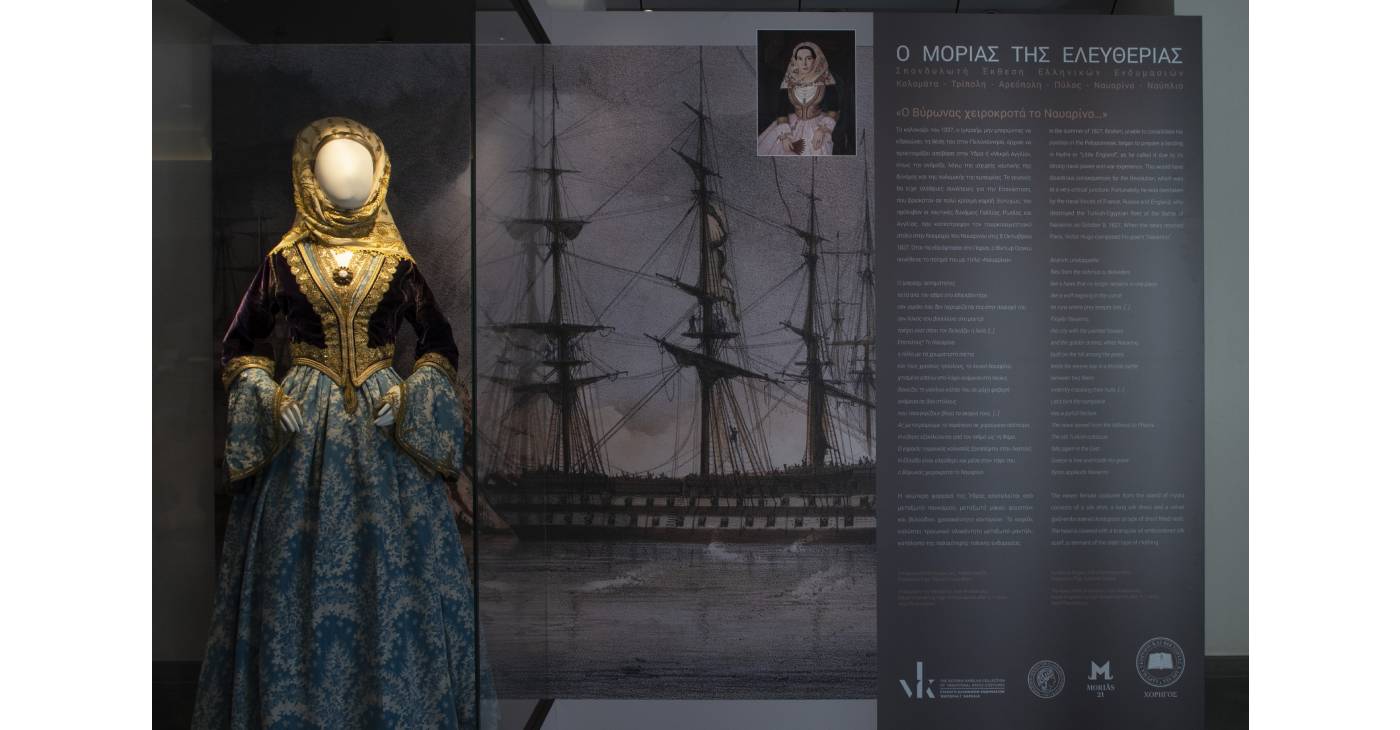 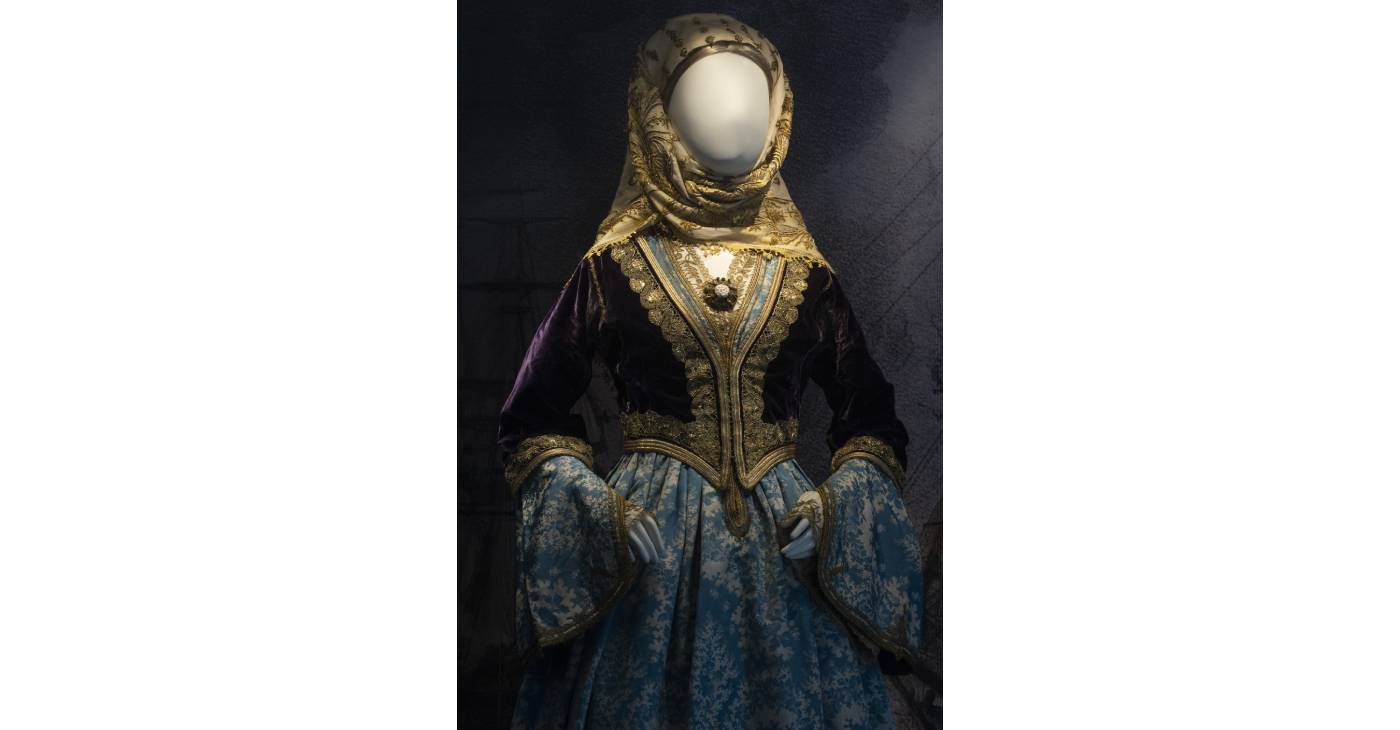