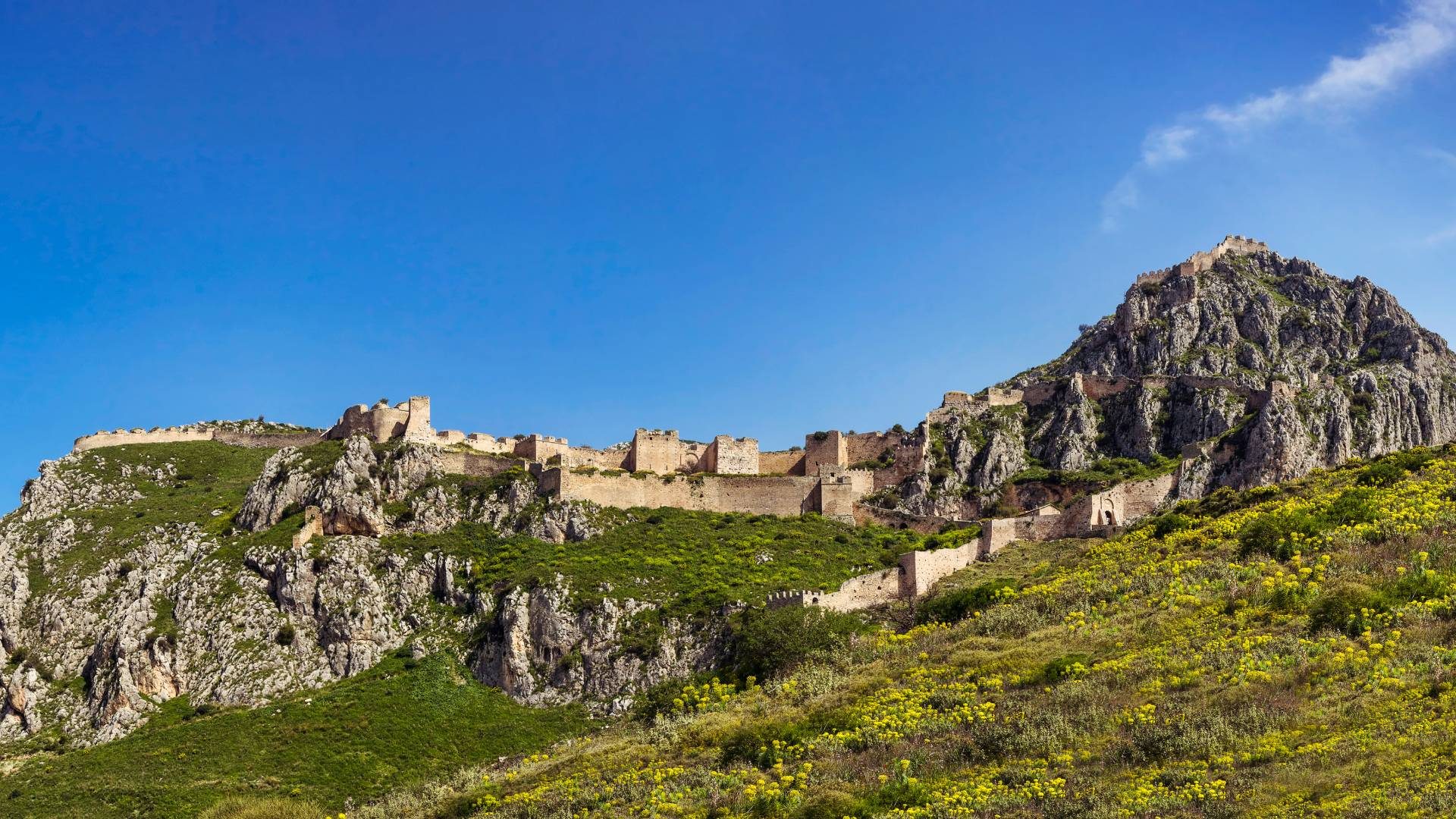 The fortress of Acrocorinth

MORIAS: SUMMARY PRESENTATION OF THE PROGRAM

Greece is celebrating the 200th anniversary of the beginning of the Greek Revolution and Morias is in the spotlight, as it was then.

With 8 iconic cities and a total of 11 destinations, 21 specially designed thematic routes invite you to discover the history and role of each city in the Struggle for Independence from up close.

These routes are enriched with experiences from the History, Art, Gastronomy and Nature of Morias!

You will see works of art by Greek and foreign artists come to life digitally in front of you. You will discover how the eyes of young artists intervene in the urban environment, creating contemporary murals on the theme of the Revolution and its heroes. You will enjoy a unique gastronomic trip based on the eating habits of the revolutionary fighters and with the signature of chef Lefteris Lazarou. And finally, you will stand in awe in front of the mapped centuries-old trees of Moria, witnesses of the events of the revolution.

Three-day trip? Five-day trip? Seven-day trip? One thing is a given. This year in Morias, the history of Greece is revealed in front of you, like never before.

So we are waiting for you all for a journey through time along with all the senses, to exclaim together:

“This year I too am in Moria! Where it all began! ”

One line was enough to start one of the most emblematic moments in European history, a line with 8+3 stations, the cities of Morias and the surrounding areas that played a critical role in the events of the Revolution.

This year we invite you to tour the historical memory, in this imaginary line to Freedom and Independence that our ancestors drew, 200 years ago:

• From Eastern and Western Mani, a stronghold of the rebellious and militant Greeks.

• Tripoli, a symbolic in the consolidation of the struggle,

• the castle of Monemvasia, the first liberated fortress,

• Corinth, the first capital of the revolutionary Greeks,

• Pylos, where the catalytic act of the Revolution took place after the success of the naval battle of Navarino and the creation of the independent Greek state,

• Nafplio, the seat of Governor Kapodistrias and the field of military conflicts

Starting from Messina, discover Oichalia and Kyparissia, lesser known paths of the struggle, where unknown stories of the fighters of ’21 unfold before you in an imposing natural landscape.

Because all the immortal moments of human history have their great protagonists and a starting point, the place where it all began.