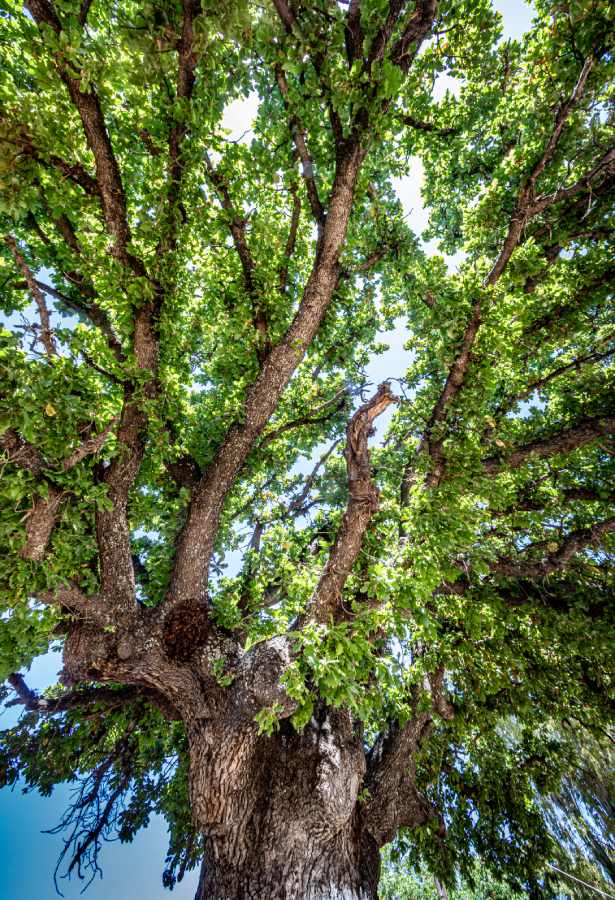 Details: The downy oak is common throughout central and southern Europe, and in Greece is found almost everywhere. This subspecies has a limited occurrence in the East Mediterranean (from Italy to Syria) and in ancient times was the sacred tree of Zeus.

This particular oak at Filiatra is associated with a young man named Panagos Lelonis and his fiancée, Krinio. Lelonis was always the winner of the horse races in the village. This caused envy and resentment among the Ottomans who, it is said, decided to hang Lelonis from the tree. But Krinio rode up and rescued her sweetheart. They tried to escape but, realizing they would be caught, chose instead to drown in a nearby lake. Their bodies were taken to the chapel of Saint George and later buried beside the oak. Every year, annual horse races are held here – the “Lelonia” – so named in memory of the young lovers. 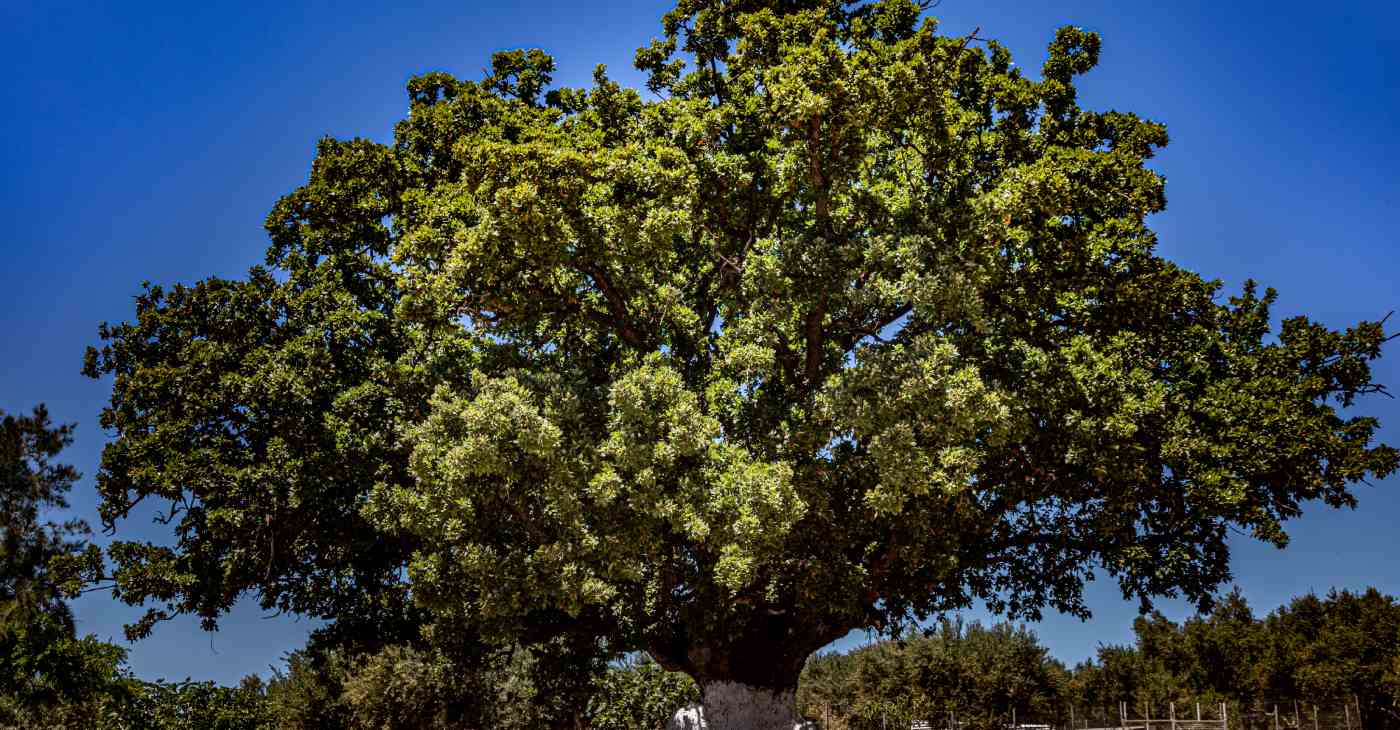 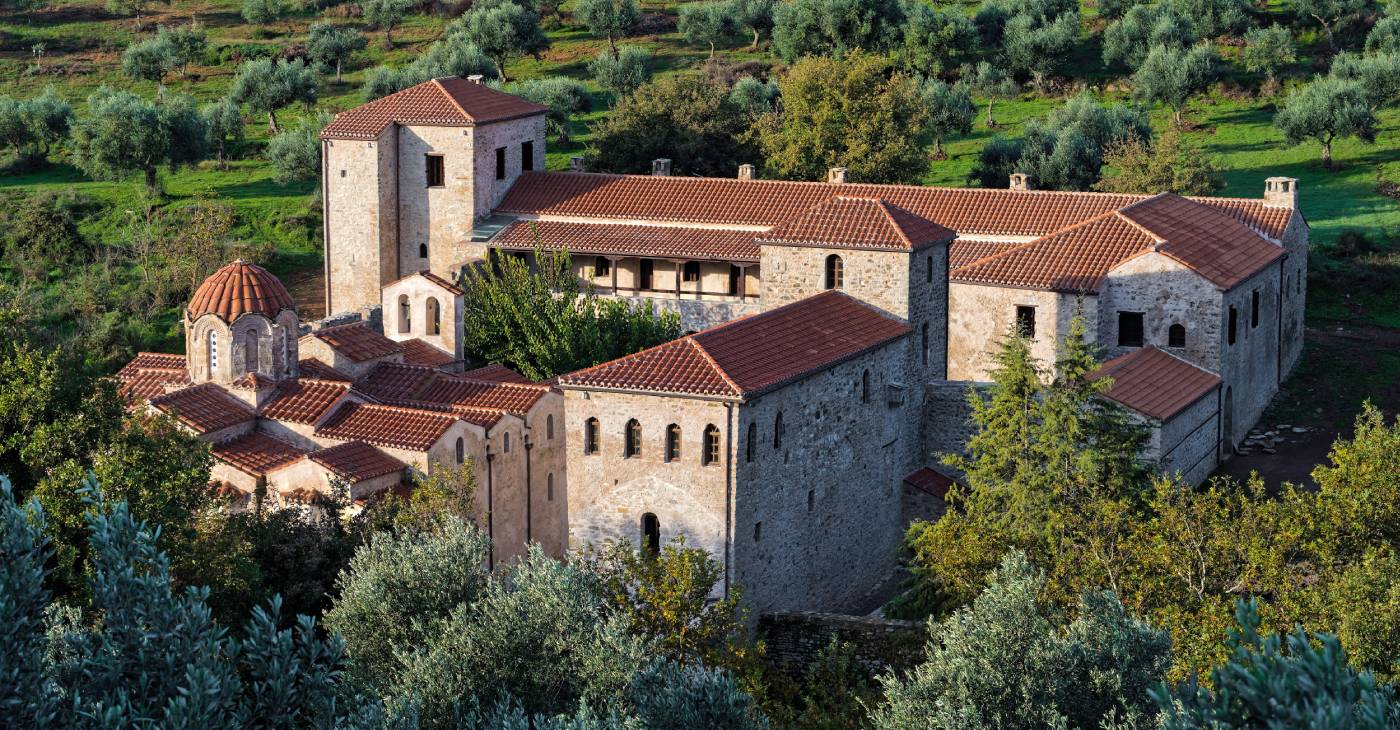